The national media is revisiting Mehrangate, involving bribes paid by the ISI under the then army chief, General Aslam Beg, in 1990 for the creation of the Islami Jamhoori Ittehad (IJI) to foreclose the possibility of the PPP again coming to power after its dismissal by President Ghulam Ishaq Khan.

What has triggered this new media interest in Mehrangate is the latest statement by the former Chief Justice of the Supreme Court Justice (Retd) Saeeduzzaman Siddiqi that no one among the recipient politicians had denied receiving the bribe. The debate has also been given a fillip by revelations made by the ex-ISI officer and ex-IB chief, Imtiaz Ahmad, about how the army had interfered in, and damaged, the democratic process in Pakistan. The whole affair started when the PPP’s General (Retd) Naseerullah Babar told the National Assembly in 1994 how the ISI had disbursed funds among politicians to manipulate the 1990 elections, form the IJI, and bring about the defeat of the PPP. At the summit of power, President Ghulam Ishaq Khan was providing the legal cover. It is his name which was mentioned at the Supreme Court as the Chief Executive who ordered the disbursement. 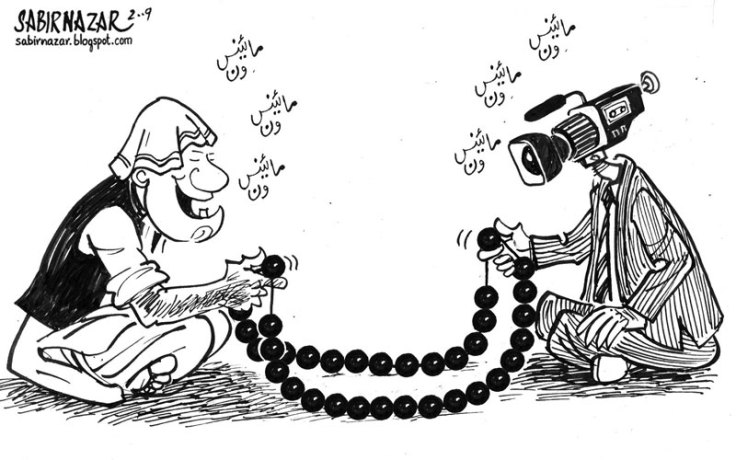 In 1996, Air Marshal Asghar Khan petitioned the Supreme Court against ex-army chief General Mirza Aslam Beg, ex-ISI chief Lt General Asad Durrani, and Younus Habib of Habib Bank and then Mehran Bank, concerning “the criminal distribution of the people’s money for political purposes”. When the Supreme Court proceeded with the case General Asad Durrani submitted the famous affidavit containing names of the “recipients”. That list is now being brandished on TV channels. From the “best prime minister”, the “best leader of a religious party” to the “most popular political leader in the country”, everyone figures on it.

In some cases the sums are so small that it seems ridiculous that our politicians can sell themselves so cheaply. Why should the generals stay put if the lure of “interference” is uncontested by any social and moral restraint? The generals already had power and made money; the politicians wanted power to make money.

Writing in Daily Times (January 22, 2006) columnist Ardeshir Cowasjee revealed a large number of disbursements made from Mehran Bank to General Aslam Beg and his organisation FRIENDS. This was actually a bank account sheet provided to the Court during its initial hearings by General Naseerullah Babar. It also included the fee General Beg had to pay to the lawyer who defended him in a case of contempt against the Supreme Court earlier. Brigadier (Retd) Imtiaz Ahmad has confessed on a TV channel to having hated the PPP on the basis of his institution’s sense of “national security”. Ms Benazir Bhutto has already revealed in her memoirs how she was not allowed to rule under the Constitution and how General Beg had warned her away from Afghanistan and India policies handled by the army through the ISI. (Extrapolating from the de facto situation, Justice (Retd) Siddiqi was compelled to say on Wednesday that the ISI was a military organisation which should be separated from the civilian government.)

The Mehrangate case is still pending at the Supreme Court. The revelations are tonic for us today as we confront the task of understanding what Pakistan has become over the years. But the TV channels too must draw correct lessons from the information being regurgitated. Is the PPP still a “hated” party?

Political accountability is an imperative that the PPP must submit to at all times, but “hatred” of the PPP is not a fair emotion on the basis of which to judge an elected government.

Aslam Beg is still good for sound bytes if the PPP has to be pilloried for being an American or Indian “lackey”. Quoted in Nawa-e-Waqt (August 24, 2009) Gen Aslam Beg said that America used Gen Musharraf against the Taliban, later it bought Baitullah Mehsud, Sufi Muhammad and Ajmal Kasab to fulfil its designs in the region. Is this a fair comment to publish?

During a discussion on a TV channel about his handling of Pakistan’s nuclear programme, he defiantly advocated the policy of “outsourcing” the programme. With the passage of time, this mismatch between the thinking of our retired top brass and the survival of the state is becoming clear. We should be careful what lessons we draw from the Mehrangate scandal.